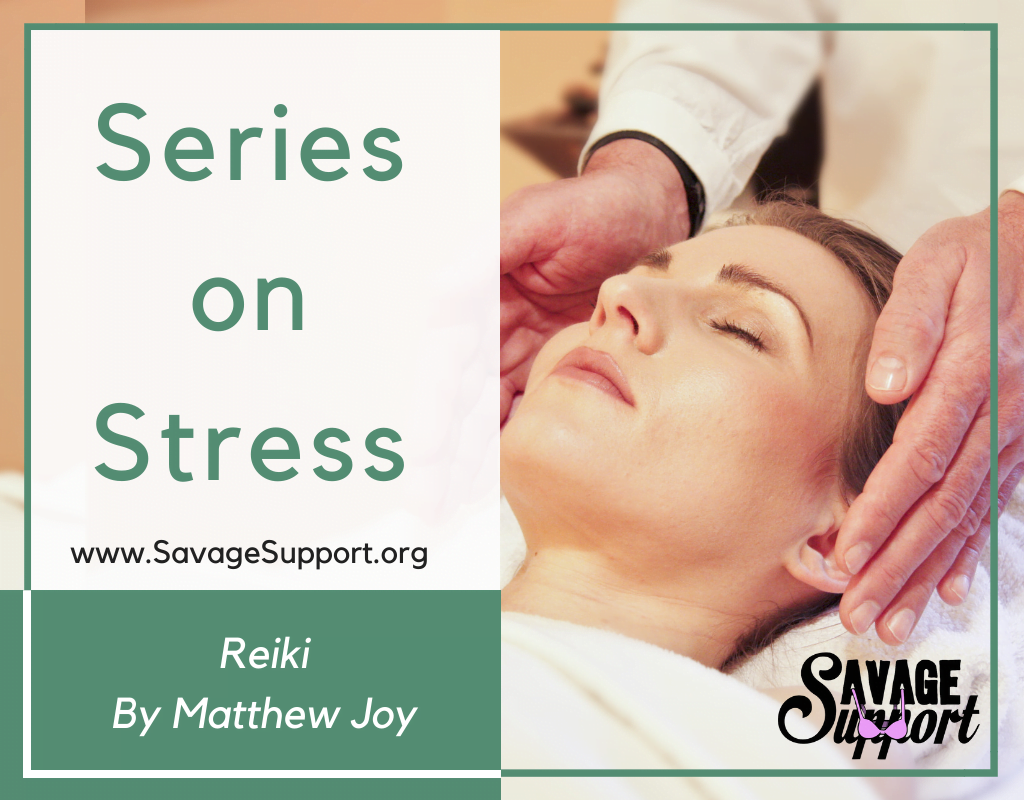 A Brief Story of Stress and Wisconsin Identity

Stress is ubiquitous to the human experience everywhere humans have ever existed in any capacity from hunter/gatherer to the sedentary gamer.  Stress is so fundamental and germane to being human, it is difficult to imagine a characteristic of our condition we experience more frequently. Indeed, what was our first experience if not stressful? If you asked a newborn baby how their gestation and birth made them feel, if they were able to express themselves, survey says they would tell you it was stressful. Yet, while stress is ever-present, until recently at least, in the west we have not had broadly accepted means and practices to deal with “unhealthy” stress.

The word stress most frequently has a negative connotation, particularly when used to describe someone’s mental state, but clearly it is a part of life itself. The application of stress can be quite a motivating force and integral to human success, individually and collectively.  As I write this article thinking about stress and looking out over the snowy, Halloween skyline of Milwaukee, I can’t help but think of a stressful man, probably the most famous and arguably the most successful resident in Wisconsin’s history, Vince Lombardi. How did Lombardi build the magnificent Packer’s dynasty of the 1960s? Stress. While coaching and training his teams he applied pressure and put them in stressful situations that were more demanding than even game situations might be. He applied pressure and stress in a similar manner that Hannibal must have used to build his army many centuries prior, the same stress that was there in all generations past which spurred humans through all their endeavors, wicked, righteous and otherwise.

That’s great and all, but let’s face it, Lombardi was all too stressed. Even when Vince smiled, he looked stressed. His smile presented a tense picture, and all indications are, like most westerners of his time, he was utterly unconcerned with periodically relieving his stressful tensions. Of course, stressed until his end, Lombardi passed away in 1970 from Colon Cancer a mere nine weeks after being given the diagnosis, but three years after pridefully rejecting his doctors’ requests that he undergo invasive rectal examinations to further explore the digestive issues he was having. On his deathbed, Lombardi told a priest that he regretted he could not have accomplished more in his life. Maybe he should have expressed regret that he failed to find balance and perspective and appreciate all that he had accomplished. Let us admire but not be a Lombardi; let’s listen to our medical professionals entrusted with our care, and let’s seek methods and practices such as Reiki to periodically relieve stress.

Deanna did not use Reiki during her cancer treatment, but she has had a few sessions and recognizes the power of Reiki to relieve stress. She encourages everyone to consider Reiki and other holistic methods known to be effective stress reducers. Deanna says that during Reiki sessions she feels immediate relaxation, that it is akin to something like meditation with meaning, and that on one occasion when she was experiencing foot pain, when the Reiki master reached her feet, she felt energy pulsating in her foot as if it was plunging a clogged pipe. The experience was not a passive or imagined one, but immediately palpable, mysterious yet visceral.

Recently Deanna interviewed Caroline Reese, the founder and owner of Satori324, a holistic wellness practice in Whitefish Bay, Wisconsin (Caroline now remotely operates Satori324, as she recently relocated with her family to Lanai, Hawaii). Among other areas of expertise, Caroline is a Reiki Master. Cancer played an integral role in Caroline’s path to becoming a Reiki practitioner. She began pursuing Reiki practice after her sister was diagnosed with stage 4 colon cancer in 2010 and seeing her sister’s subsequent struggles with insurance limitations and the costs of getting non-western holistic therapies incorporated into her treatment. As Caroline explains, western medicine has been focused on fixing parts rather than whole human systems. While things like chemotherapy are central in cancer treatment, they (and the whole cancer experience) create their own stressors which oncologists don’t provide remedies for. This is where a holistic practice such as Reiki can complement orthodox cancer treatment regimens.

Caroline explained that Reiki (pronounced Ray-Key), is a Japanese word for universal energy. The recognition and practice of manipulating this universal energy for therapeutic purposes originated thousands of years ago in Tibet and has roots in several ancient religions of the region. The modern practice of Reiki was introduced in the early 1900s in Hawaii by the Japanese Doctor and Tao Buddhist Mikao Usai. Universal energy and the flow of this energy is the focus of Reiki. While the Reiki traditions are rooted in ancient religion, there is no religious precept required to successfully receive Reiki therapy, one doesn’t have to believe in a certain god, but it does require a modicum of belief, a belief that there is energy working in our bodies that affects how we feel. A hard skeptic that would enter a session scoffing at such notions would not be a good candidate for Reiki, as particularly in this instance, the recipient is as or more important as the practitioner.

On the the Satori324 website, Caroline explains that, “The practice of Reiki is a light placing of hands on the body in a series of ordered positions to aid in increasing energy flow throughout the body. Reiki practitioners do not direct energy; instead, they claim that Reiki energy facilitated through the practitioner’s hands and the subtle energy travels to the places in the body that needs healing.”

Caroline describes Reiki sessions as “Lasting 30 to 60 minutes. While Reiki is not massage, the rooms are similar to those frequently found in the massage rooms of upscale spas, usually dimly lit with soft music playing. Recipients of Reiki remain fully clothed; covered with a light sheet or blanket. Reiki is a passive practice involving no tissue manipulation. The practitioner’s hands may either rest lightly on the recipient’s body or hover just above the body depending on the recipient’s preference. The recipient may experience sensations of heat, cool, tingling with some experiencing no particular sensations. Almost all experience a sense of balance and relaxation. The Reiki practitioner remains neutral allowing the recipient to apply meaning to the Reiki experience.”

The Many Benefits Of Reiki

Reiki is one of many complementary therapies that can potentially work concurrently with orthodox cancer treatments to reduce the agonizing stress cancer brings on. Fortunately, the wisdom of the east is becoming more broadly accepted by treatment centers and hospitals in the United States, as Reiki can now be found in such esteemed institutions as the Mayo Clinic’s Complementary and Integrative Medicine Program. 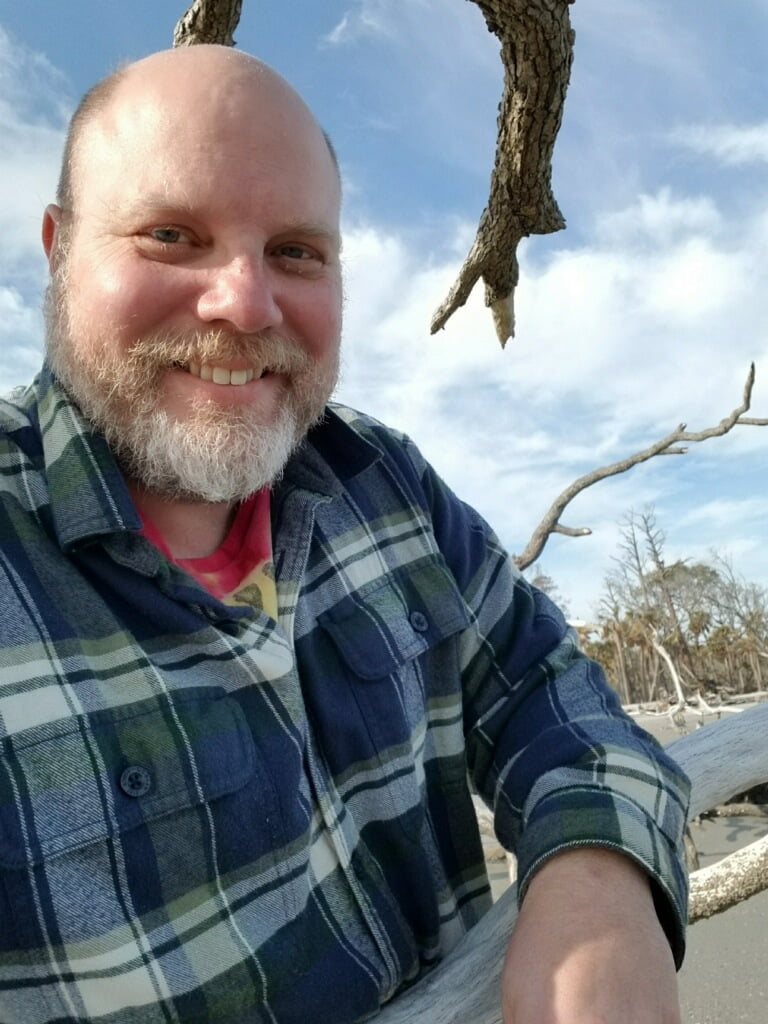 Matthew Joy is a retired US Army logistics officer, father, and author of the comedic novel, No Public Restrooms. Originally from Maine, Matt has resided in Milwaukee for 10 years (and claims it’s his favorite place he’s ever lived). While he’s been weened off his east coast bias, he remains a passionate New England sports fan, but there might be a Rodgers jersey hidden in his closet. Matt is excited to assist Savage Support in any capacity he is capable of.

Matthew Joy is a retired US Army logistics officer, father, and author of the comedic novel, No Public Restrooms. Originally from Maine, Matt has resided in Milwaukee for 10 years (and claims it’s his favorite place he’s ever lived). While he’s been weened off his east coast bias, he remains a passionate New England sports fan, but there might be a Rodgers jersey hidden in his closet. Matt is excited to assist Savage Support in any capacity he is capable of.

Not a beneficiary? Want to become one?